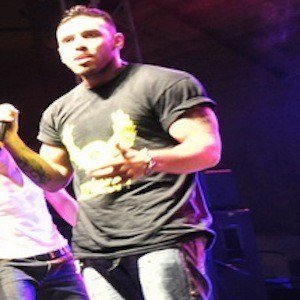 Singer, songwriter, and actor, he is known for winning the 2003 season of the Romanian reality competition show Star Factory.

He was a contestant on Romania's Big Brother.

He provided the voice for the character Wirt in the Romanian dubbed version of Cartoon Network's Over The Garden Wall.

He was married to Velea Ana from 2010 until 2014. He began a relationship with Romanian model and singer Antonia; their son Dominic was born in 2014. He later welcomed a son named Akim in 2016.

He had an opportunity to meet soccer player Sotiris Ninis and marked the occasion on social media.

Alex Velea Is A Member Of