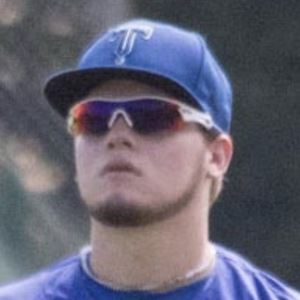 Baseball outfielder who made his professional debut with the Los Angeles Dodgers in September 2017. He was traded to the Boston Red Sox in 2020.

He attended Sahuaro High School in Tucson, Arizona, and was selected by the Los Angeles Dodgers in the second round of the 2014 Major League Baseball Draft.

He played on the Mexican National Team during the 2017 World Baseball Classic.

He has an older sister, Maria, and two older brothers, Joey Jr. and Chris.

On April 13, 2019, he posted a photo with teammates Kenta Maeda and Hyun-jin Ryu. The caption read "Mi hermanos".

Alex Verdugo Is A Member Of