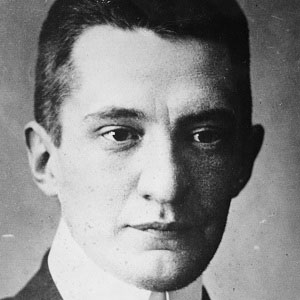 Remembered as both the Prime Minister of Russia and the Minister and Chairman of the Russian Provisional Government of 1917, Kerensky was a prominent member of the Socialist Revolutionary Party.

In the early 1900s, he earned a law degree from St. Petersburg University.

Following the October Revolution of 1917, Kerensky lived in exile in France, Australia, and the United States.

His mother, Nadezhda Adler Kerensky, was the child of a Russian-German aristocrat, and his father, Fyodor Kerensky, was a teacher who counted among his students the future Russian leader Vladimir Lenin. In 1904, Alexander Kerensky married Olga Lvovna Baranovskaya.

He played a key role in the February Revolution of 1917 that removed Tsar Nicholas II from power.

Alexander Kerensky Is A Member Of