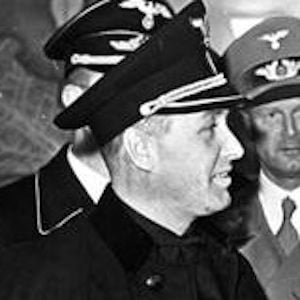 Slovak nationalist politician who was a staunch supporter of Nazi Germany .He was sentenced to thirty years in prison for collaborating with the Nazis after the war.

He began his political career at an early age with the Slovak People's Party.

He drew up plans for the Nazi party to establish concentration camps in Slovakia.

He was born in Slovenský Meder and he settled in Bratislava after being released from prison in 1968.

He and Jozef Tiso were both Slovak Nazi supporters.

Alexander Mach Is A Member Of