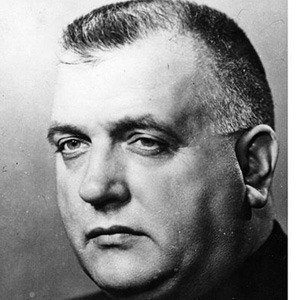 Head of the Slovak State during World War II who was hanged for war crimes after the fall of Nazi Germany.

He became a Roman Catholic priest before entering politics.

He was forced by Adolf Hitler to declare Slovakian independence 'under German protection' or Germany would allow Hungary to annex the remaining territory of Slovakia and after independence, Slovakia remained largely a German puppet state.

He was born in Bytča in Austria-Hungary.

He and director Wolfgang Liebeneiner were both sympathetic to Nazi Germany, assisting the dictatorship during World War II.

Jozef Tiso Is A Member Of