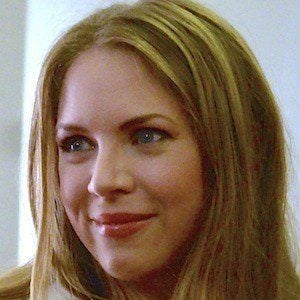 Swedish actress who starred as Elin in the 1998 film Show Me Love for which she won a Guldbagge Award for Best Actress.

She graduated high school and moved to Stockholm where she started to act in theatre.

She has learned to speak both Swedish and Russian.

She was born to a Russian mother and Swedish father in Gavle, Sweden.

She debuted as a DJ for the Swedish late night talk show Late Night with Luuk and Paul Bettany was a guest.

Alexandra Dahlstrom Is A Member Of