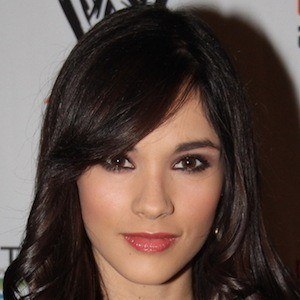 Well known to Nickelodeon viewers as Betty in Grachi, she is a a frequent telenovela actress with other notable roles in Behind Closed Doors and En Otra Piel. She hosted her own YouTube show called Turn It On on the NUEVON channel.

While living in Ocala, Florida, she began performing in musical theater at the age of 5. She started to get television roles when she was 13 years old.

She began pursuing modeling opportunities in 2009 and did runway work in support of raising awareness of child abuse as well as for philanthropic opportunities.

She is of Puerto Rican descent and was born in Indiana. She has a younger sibling.

She played a supporting part in Grachi, a show starring Isabella Castillo.

Alexandra Pomales Is A Member Of