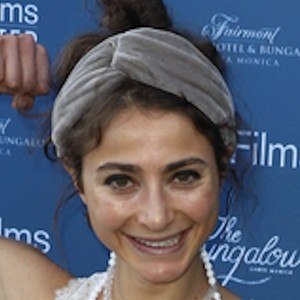 American runner who has been a three-time NCAA All-American. She has competed for the University of Oregon Ducks in events like the 3,000 meters and 5,000 meters.

She transferred from Dartmouth University to the University of Oregon in 2012.

She acted in a film about running called Tracktown that premiered at the LA Film Festival.

Her family is of Greek descent and she has citizenship in both the United States of America and Greece.

She and her family met with President Barack Obama in the White House in 2015.

Alexi Pappas Is A Member Of