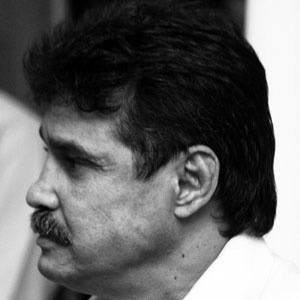 As 'The Explosive Thin Man' he held featherweight, junior lightweight, and lightweight titles from 1974 to 1982.

He lost his debut match on a TKO, then reeled off 36 straight wins, but lost the title match.

He had classic fights with Aaron Pryor, and thrilling matches against boxing greats like Ray Mancini, Bobby Chacon and Ruben Olivares.

He grew up in a poor, working-class family.

Daniel Ortega was also part of the Nicaraguan Sandanista movement, although Arguello grew disillusioned and left.

Alexis Arguello Is A Member Of