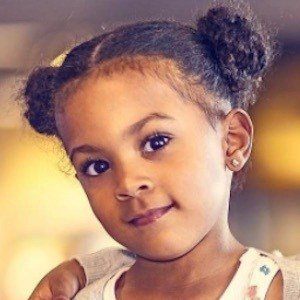 Starring alongside her twin sister Ava, she is an Instagram and YouTube sensation whose parent-run accounts called McClure Twins have earned more than 2.2 million followers and 2.4 million subscribers, respectively. They also appear on their family channel, The McClure Family.

She and Ava's father created a channel for the girls as a means to spread positivity.

She and Ava went viral with a video called "Twins realize they look the same!" In the video, Alexis freaks out about being one minute younger than her sister.

Her father Justin is a comedian and writer turned photographer. Her mother Ami is Nigerian. She has a younger brother named Jersey.

Alexis McClure Is A Member Of