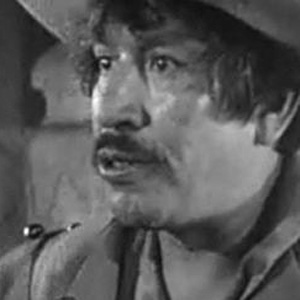 Film actor who has worked in more than 175 Mexican films and has also appeared in many American movies. He skyrocketed to fame for saying the 36th most famous movie quote in history: "Badges? We don't need no stinkin' badges!"

He got his beginning as a character actor in the United States in the 1930s and 1940s.

His best known role is in The Treasure of the Sierra Madre as Gold Hat. The film was ranked thirty on AFI's 100 Years…100 Movies list.

He was born in Vicam and lived a nomadic life with his family until he received a formal education in Texas.

Both he and Orson Welles acted in the 1950 film, The Black Rose.

Alfonso Bedoya Is A Member Of