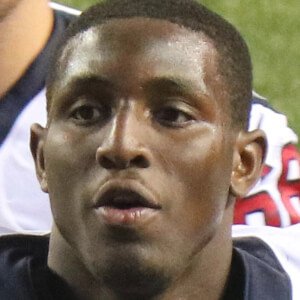 Running back who was selected by the Houston Texans in the sixth round of the 2014 NFL Draft. He played college football at Louisiana State University, where he won an SEC Championship in 2011.

He attended Hahnville High School in Boutte, Louisiana, where he was named the District 6-5A Offensive MVP in 2009.

He set a Texans franchise record for rushing attempts in a game with 36 against the Cleveland Browns in November 2014.

His parents' names are Alfred and Erica. His full name is Alfred Calvin Blue III.

He formed a backfield tandem with Pro Bowl running back Arian Foster in Houston for two seasons.

Alfred Blue Is A Member Of