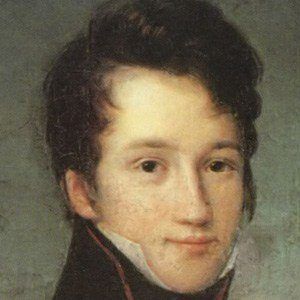 French poet, playwright, and novelist whose famous works include Chatterton, Stello, and Les Destinees. His final work, Daphne, was published posthumously in 1912.

He became an officer in the elite Maison du Roi in 1814, but took leave from his position to marry. During this period, he also published his first poems.

His writing had a philosophical bent; he was one of the first French authors to study Buddhism.

He married Lydia Bunbury, an Englishwoman, in 1825. He also had a long-drawn-out love affair with French actress Marie Dorval.

He was a close friend of renowned Romantic writer Victor Hugo.

Alfred Victor Devigny Is A Member Of