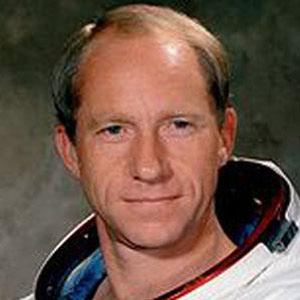 Astronaut who served as the command module pilot on the Apollo 15 mission to the moon. He would later write a memoir called Falling to Earth.

He earned his Bachelor's degree from West Point and two Master's degrees from the University of Michigan.

He was portrayed in the TV mini series From the Earth to the Moon.

He had three children with his wife Jill Lee Hotchkiss.

He and Bruce McCandless were both members of NASA Astronaut Group 5 in 1966.

Alfred Worden Is A Member Of