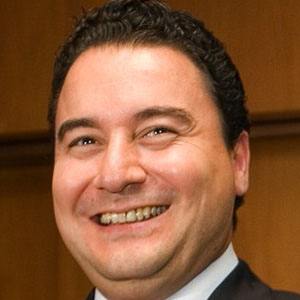 Deputy Prime Minister of Turkey who oversaw one of Asia's largest economies during the world financial crisis and the Arab Spring. He previously served his country as its Minister of Foreign affairs from 2007 to 2009.

He studied industrial engineering at Ankara, and earned an MBA from Northwestern University, on a Fullbright scholarship.

His policies in 2009 effectively insulated Turkey from the banking crisis affecting the rest of the world, and enabled the country to grow its influence.

He had three children with wife Ülkü Zeynepm Babacan.

He and entrepreneur Jeffrey Sachs both made Time magazine's list of the 100 most influential people in the world.

Ali Babacan Is A Member Of