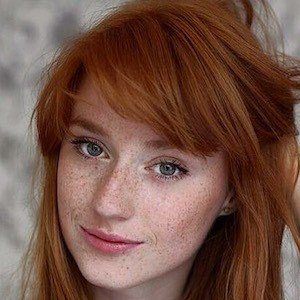 Instagram sensation and blogger who has gained more than 130,000 followers on the photo sharing app. She also runs a travel and lifestyle blog called Purple Box.

She began her social media career in September of 2010 by opening her Purple Box blog.

She has worked as a photo journalist, actress and model. She acted as Polina in the 2015 short film 5baksiv.net.

She is a native of Kiev, Ukraine.

She has worked with Ukrainian pop singer Anna Sedokova.

Alina Kovalenko Is A Member Of