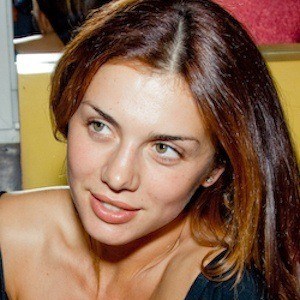 Singer, actress, and TV host known for her time in the Ukrainian girls group Nu Virgos. She was a member between 2002 and 2004. She is also known for her TV hosting appearances, and has hosted numerous programs throughout Ukraine.

She developed an interest in music and dance as a child. She began her studies at the National Culture & Art University of Ukraine when she was 17 years old. In 2001, she auditioned for, and was named a host of, the morning show Podjem (Waking Up). She continued to study concurrently with her hosting job.

In May 2004, Nu Virgos had their first international hit with the song, "Stop! Stop! Stop!" In 2009, Elle magazine named her the best TV host in Ukraine. Her career burgeoned as a result, and in 2011, she became the face of Project Runway: Russia.

She was born in Kiev, Ukraine. Her parents are Svetlana and Vladimir Sedokov. She has one brother, Maxim Sedokov.

She has performed and shared the stage with the Ukrainian drag performer Verka Serduchka.

Anna Sedokova Is A Member Of