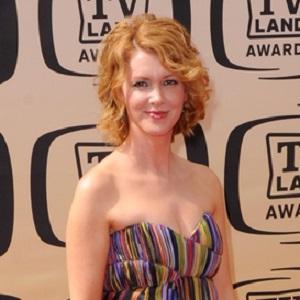 Decades after starring in the first Broadway production of the popular musical Annie, Smith portrayed Mallory O'Brien on the Emmy-winning NBC series The West Wing. Her other notable television roles include Jennie Lowell on Kate & Allie and Ellen in the 2005 pilot episode of The Closer.

When she was just fourteen years old, she guest starred on the NBC sitcom Silver Spoons.

Her notable theater credits include roles in Evita (with Mandy Patinkin and Patti Lupone) and The Education Of Randy Newman.

She was born and raised in Manhattan, New York. Her marriage to Randall Grimmett resulted in two children.

Though child actress Andrea McArdle premiered the title role of Annie in the show's original Broadway production, Smith was one of several actresses who took over the role during the musical's 1977 to 1983 run.

Allison Smith Is A Member Of