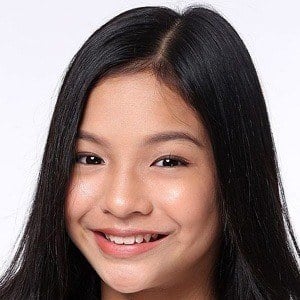 Burgeoning actress most well known for her role as Batang Alena in the Philippine adventure series Encantadia. She would go on to join the cast of Mulawin vs Ravena in 2017.

One of her first television roles was as Young Phoebe Ke in the 2016 series Hahamakin ang lahat.

In 2017, she played Apple Dela Cruz in several episodes of Meant to Be.

She was born and raised in the Philippines. She has three brothers.

She joined Marian Rivera and Dingdong Dantes in the cast of Encantadia.

Althea Ablan Is A Member Of