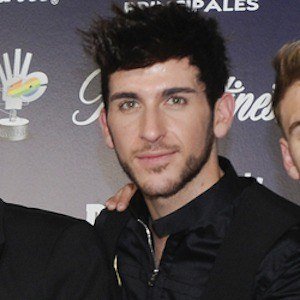 Spanish pop singer who rose to fame as a member of the five-man boy band Auryn. The band was named Best Newcomer at the Premios 40 Principales and Best Spanish Artist at the 2013 MTV Europe Music Awards.

Even as a child he was interested in the art world and began singing in a youth choir in Madrid. He later appeared in La Batalla de Los Coros led by Lolita Flores.

He first developed his singing career in theater with The Recua Theater, starring in musicals like Les Miserables.

He grew up in Alcala de Henares, Madrid.

He is joined in Auryn by fellow pop singer Carlos Marco.

Álvaro Gango Is A Member Of