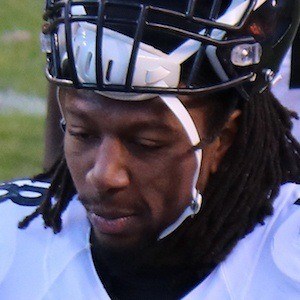 Born Alvin Dupree, he is a 6'4" defensive end who played four years of college football at the University of Kentucky, earning First-team All-SEC honors in 2014, his senior season. He was selected 22nd overall in the 2015 NFL Draft by the Pittsburgh Steelers.

He played both hight end and defensive end at Wilkinson County High School in Irwinton, Georgia.

Over the course of his collegiate career, he recorded 247 tackles and 23.5 sacks.

He was born to Sophia Stephens and Alvin Dupree Sr.

He and Florida's Dante Fowler were ranked as two of the top defensive ends in the 2015 NFL draft class.

Bud Dupree Is A Member Of