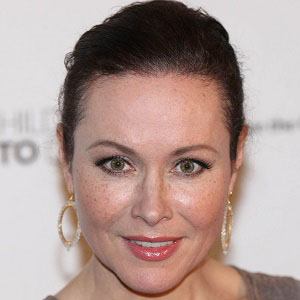 Holby City and Casualty television veteran who portrayed Connie Beauchamp in both British series. She also had notable roles in Grange Hill, Jake's Progress, The Grand, The Lakes and Strike Back: Project Dawn.

She was 6 years old when she made her first professional performance for a Julie Andrews special on BBC television.

She defeated a bout with breast cancer and became an ambassador for Breast Cancer Care in early 2010.

She married Richard Sainsbury in 1998 and has children named Milo and Otis. Her much older brother Stephen died of a heroin overdose when she was 15 years old.

She had a role in the Hugh Grant-starring film Four Weddings and a Funeral.

Amanda Mealing Is A Member Of