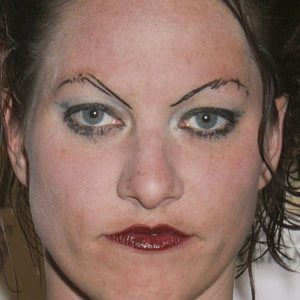 Singer-songwriter and pianist best known as the lead singer of the Dresden Dolls. She is also recognized for Amanda Palmer and the Grand Theft Orchestra, which formed later in her career. She was briefly involved in the collaborative project Evelyn Evelyn, alongside Jason Webley.

She attended Wesleyan University and formed the Shadowbox Collective, a group dedicated to street theatre.

She was the recipient of the 2010 Artist of the Year honor at the Boston Music Awards. She has released 3 solo studio albums.

She was in the duo The Dresden Dolls with drummer Brian Viglione.

Amanda Palmer Is A Member Of