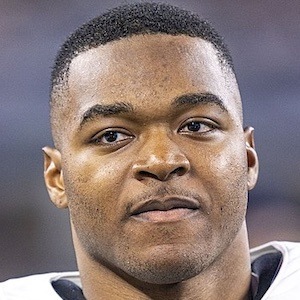 Wide receiver who was selected fourth overall in the 2015 NFL Draft by the Oakland Raiders. He'd later be traded to the Dallas Cowboys in the middle of the 2018 season. He spent three years at the University of Alabama, earning the Fred Biletnikoff Award in 2014 and winning two SEC Championships as well as the 2012 BCS National Championship.

He played football at Miami Northwestern High School in Florida.

His mother is named Michelle Green.

He played for head coach Nick Saban at Alabama.

Amari Cooper Is A Member Of