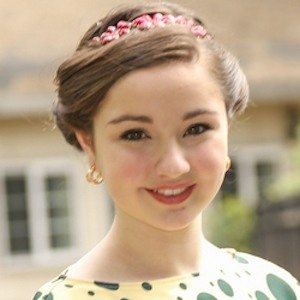 Actress and dancer renowned for lending her voice to children's television series' like Creative Galaxy and Daniel Tiger's Neighborhood. She has also appeared in Nickelodeon's Max and Shred.

A talented dancer, she has studied at the Royal Academy of Dance and taken singing lessons.

In 2015, she provided voice and motion capture for Clara O'Dea, a character in the Assassin's Creed: Syndicate video game.

She is the only child of Thomas and Danielle Faulkner.

During her time acting as Juliet in Max and Shred, she appeared alongside Saara Chaudry and Jake Goodman.

Amariah Faulkner Is A Member Of