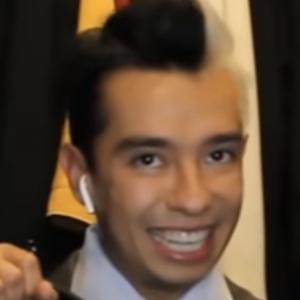 Student of film and television who is best known as a comedic YouTube personality. His main, self-titled channel has earned more than 12 million subscribers, while his side vlog channel Go Ami Go! reached 200,000 subscribers in just 10 months. He's also popular on TikTok, where he's earned over 11 million fans for his comedic videos.

He first registered for his main channel with the username MrSirpirriplin in July of 2009. His first video, published in June of 2010, was a parody of the show My Super Sweet 16.

He created the viral video "¿Y si pedimos un taxi? - Frozen - PARODIA," which had more than 22 million views two years after being published. In 2017, he won Favorite YouTuber at the Kids' Choice Awards Colombia.

His full name is Ami Rodríguez Pazcagaza. He is from Bogota, Colombia. His half-sister is fellow YouTuber Amara Que Linda. He also has a younger half-brother named Aladdin Pingüín.

He often collaborates with the enormously popular YouTuber Sofía Castro.

Ami Rodríguez Is A Member Of