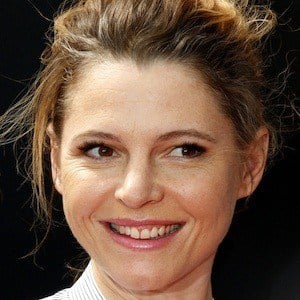 Independent film darling who starred in the critically acclaimed Upstream Color. The role earned her a 3rd Gotham Independent Film Award nomination after previous nominations for Sun Don't Shine and Tiny Furniture. In 2019, she starred in the second film adaptation of Stephen King's Pet Sematary. She has also won acting awards on the film festival circuit for The Myth of the American Sleepover and A Horrible Way To Die.

While learning the business of filmmaking, she worked odd jobs as a nanny, waitress and seamstress. Her career in the industry began with producing and directing short and indie films, including Barry Jenkins' Medicine For Melancholy.

She was an actress, executive producer, writer and director on the Starz television series The Girlfriend Experience.

She attended film school before moving to Los Angeles, California. She grew up in Tampa-St. Petersburg, Florida. She got engaged to Shane Carruth, director of Upstream Color, in 2013.

She was cast in Ridley Scott's 3rd directorial entry into the Alien franchise, Alien:Covenant.