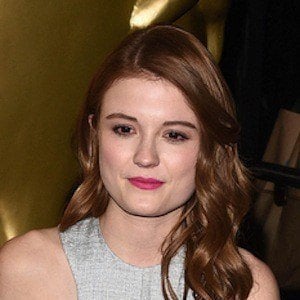 British actress who has played roles on various television series including the role of Chloe in Life Bites in 2008 and the role of Heidi in Summer in Transylvania in 2010.

She was part of Parsnips Youth Theatre in Harborough for four years.

She was diagnosed with Obsessive Compulsive Disorder when she was 15 years old.

She comes from a British family in Leicestershire, UK.

She starred in the film adaptation of Emily Bronte's book Wuthering Heights.

Amy Wren Is A Member Of