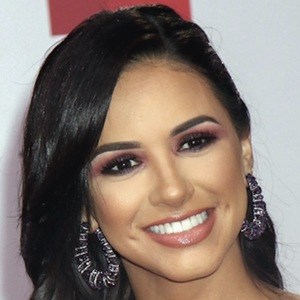 Honduran television presenter who is known for her work on several sports programs on the Telemundo network. She is also known for having worked on several Canal 6 programs including Radicales and En La Mira.

She first started her career as a television host in 2004 on the Sobre Ruedas program. She later moved to Canal 54 in 2007 where she focused on opinion based programs involving politics. She then joined Telemundo Orlando in 2012 where she hosted several sports programs including the show Stellar Soccer.

She was featured on the cover of Cromos Magazine in September of 2018.

She is the aunt of professional football player Rembrandt Flores.

She shared a photo with fellow Telemundo hosts Hector Sandarti, Marco Antonio Regil, and Erika Csiszer to her Instagram in January of 2019.

Ana Jurka Is A Member Of