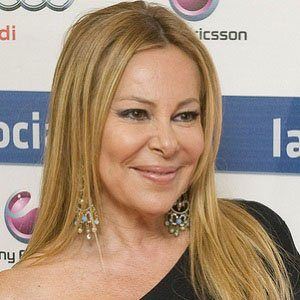 Spanish actress known for her roles on the television series A las once en casa and Ana y los siete. She has also appeared in films from several countries including France, Italy, and the United States.

She attended the Universidad Complutense de Madrid and earned a BS in Biology, specializing in Zoology.

She had a co-starring role in the 1983 adventure movie Treasure of the Four Crowns. She competed on the reality show MasterChef Celebrity in 2019.

She was in a relationship with Davor Suker, a Croatian soccer player.

She appeared in an episode of Who's the Boss? with Alyssa Milano.

Ana Obregón Is A Member Of