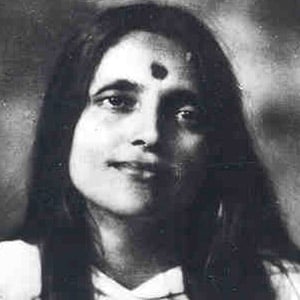 Indian saint whose name means "Bliss Permeated Mother." She is credited by her followers with healing miracles and precognition.

She grew up in an impoverished village and became well-known for her seemingly always-happy demeanor.

Many hospitals and ashrams were established in her name in places like the Naimisha Forest.

She was married to Ramani Mohan Chakrabar at the age of 13.

She had many well-known devotees, including Mahatma Gandhi.

Anandamayi Ma Is A Member Of