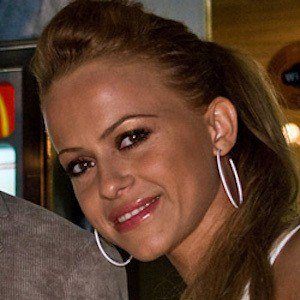 Romanian singer known for the release of popular albums like Queen of Hearts in 2009 and Can You Feel the Love in 2012. She is also well recognized as a finalist for the 2010 national Eurovision song contest.

She began her career in 1999 working with the Romanian hip hop group RACLA on the single "Remember Me."

She competed on the Romania spin off of Dancing with the Stars called Dansez pentru tine.

She gave birth to her daughter Evelin in December of 2015.

She performed the single "Ride It" alongside Jay Sean in a 2009 performance in Bucharest.

Anda Adam Is A Member Of