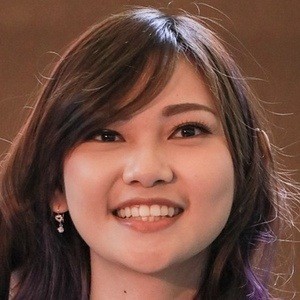 Indonesian singer most famous for her years as a member of the third generation of the pop group JKT48. She is known to fans of the group for her vocals on songs like "Kokoro no Placard," "Kaze wa Fuiteiru" and "Pareo wa Emerald."

She was raised in Surakarta, the capital of the Indonesian island of Java.

She has been featured in commercials for Honda and Cimory Yogurt Drink.

She has dated Steve Sakurasi.

She and Nabilah Azalia have both performed with JKT48.

Andela Yuwono Is A Member Of