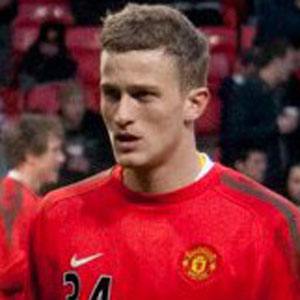 Soccer goalkeeper who was named Danish Goalkeeper of the Year during his 2010 season with Aalesund FK. He joined Denmark's national team and Manchester United in 2010.

He made his professional debut with Odense Boldklub in 2003 after two seasons in the club's youth system.

He helped Aalesund win a Norwegian Football Cup in 2009 and helped lead Odense Boldklub to a Danish Cup in 2007.

He was romantically linked to Swedish model Misse Bequiri in 2013.

He became teammates with Wayne Rooney on Manchester United in 2010.

Anders Lindegaard Is A Member Of