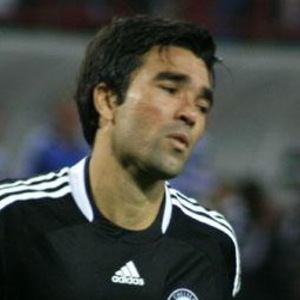 Also known as Deco, a retired Brazilian football player who is best known for his work as an attacking midfielder and central midfielder. He was best known for playing as a member of Porto, Barcelona, and Portugal's national team.

With a passion for the sport early on, he began his youth career by playing on the Nacional club team in 1995. In the following year, he made his senior career debut as a member of Corinthians. In 2003, he was moved up to play as a part of Portugal's national team.

He has received several awards and honors for his playing including the Ballon D'or Silver Ball in 2004 and the UEFA Club Footballer of the Year award in the 2003-2004 season.

He is the brother in law of fellow football player Alecsandro Barbosa Felisbino. He is also known for having five children.

As a player for Portugal's national team, he can be seen among the ranks of fellow players for the team including Nelson Semedo, Luis Neto, and Joao Mario.

Anderson Luis de Souza Is A Member Of