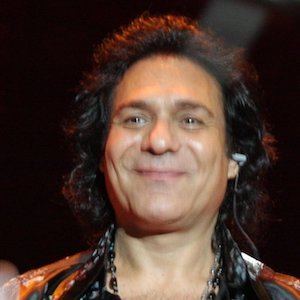 World music singer who has been nominated for Best Male Artist, Best Live Act, and Best Entertainer of the Year at the World Music Awards. He has 1 million followers on his andymusic1 Instagram account.

He and Sami Yusuf are both world music singers from Iran.

Andranik Madadian Is A Member Of