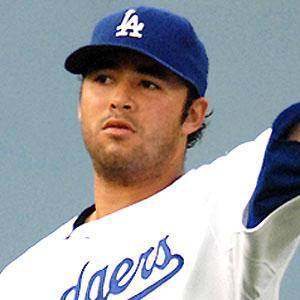 MLB right fielder who was named to back-to-back National League All-Star teams for the Los Angeles Dodgers in 2010 and 2011. He helped the Dodgers reach the World Series in 2017.

He was named MVP of the Chandler-Gilbert Community College baseball team in 2001, after transferring from Arizona State University.

He had one of his best defensive seasons in 2011, when he won his first Gold Glove Award.

Married former gymnast Maggie Germaine in 2006; the couple had two children together.

He was joined by fellow slugger Adrian Gonzalez on the Dodgers in 2012.

Andre Ethier Is A Member Of