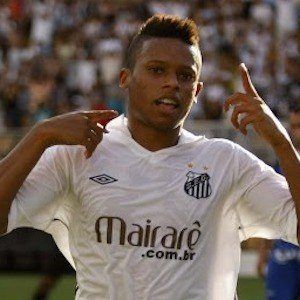 Brazilian football player who is best known for his work playing with the Sport Club do Recife as a striker.

With a passion for the sport at a young age, he began training early and in 2009, he was signed to a professional contract with the club Santos. He has since gone on to play for several different clubs and teams as a striker.

He is known for playing on the Brazil national team and has received several honors for his playing including the Copa do Brazil in 2014 and the Campeonato Mineiro in 2012 and 2015.

He was born and raised in Cabo Frio, Brazil.

As a member of the Brazil national team, he can be seen among the ranks of fellow team members and players including Ederson Moraes, Thiago Silva, and Filipe Luis.

André Felipe Ribeiro de Souza Is A Member Of