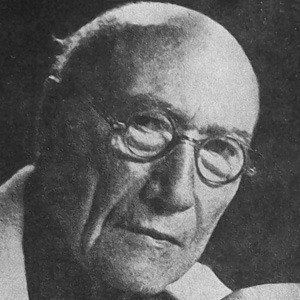 French writer of fiction and autobiography who won the Nobel Prize in literature in 1947. His most famous work is The Immoralist, a book that was unique in its time for its inclusion of homosexual themes.

He grew up in Normandy, France and published his first book, Les Cahiers d'André Walter (The Journals of André Walter), when he was just twenty-two years old.

He published Si le grain ne meurt (Unless the Seed Dies), an autobiography, in 1924.

He began to recognize and accept his homosexual orientation when he was in his early twenties, following an unconsummated marriage with his cousin, Madeleine Rondeaux. Surprisingly, in 1923, he fathered a daughter through a brief sexual relationship with a woman.

He met and befriended Oscar Wilde in Paris.

Andre Gide Is A Member Of