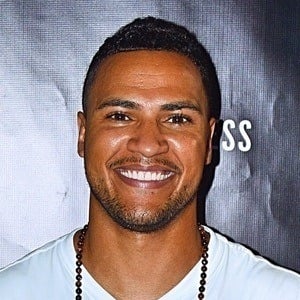 Model and actor who landed the series regular role of Danny Harris in Tyler Perry's Love Thy Neighbor. He is also well known for portraying Keri Lewis in the Lifetime biopic Toni Braxton: Unbreak my Heart.

He appeared in a number of shorts between 2011 and 2012 to kick off his acting career. He also performed on stage in Shakespeare productions of Othello and Midsummer Night's Dream.

He has modeled for Nike, Bose, UGGS Australia and more.

He moved from Indianapolis, Indiana to Los Angeles, California.

He stars alongside Patrice Lovely in Love Thy Neighbor.

Andre Hall Is A Member Of