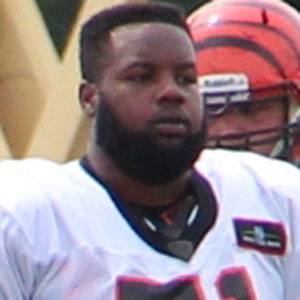 Offensive tackle selected 6th overall by the Bengals in 2009 was a starter for the team 50 times in his first four seasons.

He was the first offensive lineman to be named Alabama's Mr. Football after an outstanding senior performance at Huffman High School.

He turned heads in 2008 at the University of Alabama by winning the Outland Trophy and being named an All-American by 10 different publications.

He has a brother named Christian who played for Hampton University. He is the son of Nesa and Andre, Sr. Smith.

He started to protect Andy Dalton when the quarterback was drafted by the Bengals in 2011.

Andre Smith Is A Member Of