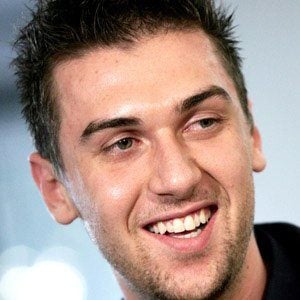 Italian born NBA forward/center known for his outside shooting. He was drafted first overall by the Toronto Raptors in 2006 and traded to the New York Knicks in 2013.

He began playing professional basketball in Italy at age 17.

He was named to the All-Rookie first team in 2007.

He was raised with one brother, Enrico Bargnani.

He played on the Toronto Raptors alongside Chris Bosh from 2006 to 2010.

Andrea Bargnani Is A Member Of