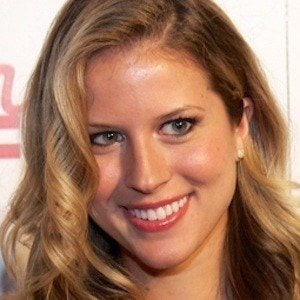 Host of the HLN travel competition show Vacation Chasers, she has also worked as a correspondent for Vice and NBC's First Look. She is also well-known on YouTube with her channel How 2 Travelers, which has over 60,000 subscribers

While growing up, she got to travel to Australia and New Zealand as a US Youth Ambassador. She studied journalism at NYU, and worked for NBC News London upon graduating.

She starred in a video parody of Kesha's song "Tik Tok" that received over 100 million views.

She is from Troy, Michigan and has a brother and a sister.

Along with Les Stroud, she hosted the show SOS Island.

Andrea Feczko Is A Member Of