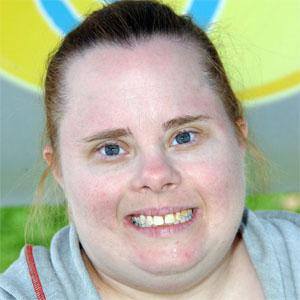 Actress with Down Syndrome had a regular role on Life Goes On, appeared on an episode of Baywatch, and did a guest voice on Family Guy.

When she was born, the doctors advised her parents to institutionalize her because she would never develop mentally beyond the age of five.

Proving everyone wrong, she grew up to appear on TV in numerous programs, and tour the country as a motivational speaker, advocating regular education for people with mental disabilities.

She was born in Los Angeles, California, her mother refusing to treat her any different because of her condition, and working diligently to help young Andrea learn.

On The Family Guy she voiced a character with Down syndrome, who spoke the line, "I am the daughter of the former governor of Alaska" - a dig at Sarah Palin, which Palin herself decried.

Andrea Fay Friedman Is A Member Of