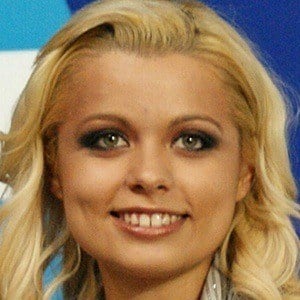 Singer who represented her native Croatia at the 2009 Eurovision Song Contest with the song "Lijepa Tena." The following year, she began the vocalist for the Croatian pop band Magazin.

She hails from Split, Croatia and released her first single in 2004.

She competed in the Dora 2004 contest with the song "Norah."

She has dated Domagoj Bešker and reporter Maria Jurić.

She and Jelena Rozga have both sung for Magazin.

Andrea Susnjara Is A Member Of