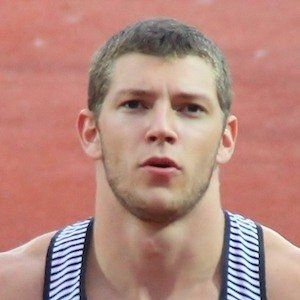 German track and field athlete who is best known for competing in the javelin throw.

He excelled quickly and in 2009 at the European Junior Championships he won gold. He then began to compete as a senior international competitor in the 2014 European Championships.

He is known for being a supporter of Handball-Bundesliga side Rhein-Neckar Löwen and can be seen attending several games at the SAP Arena.

He was born and raised in Heidelberg, Germany.

As a professional track athlete from Germany, he can be seen among the ranks of other athletes from the area including David Storl and Johannes Vetter.

Andreas Hofmann Is A Member Of