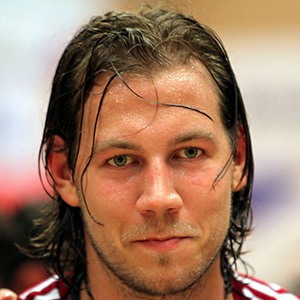 Handballer who has had a long and distinguished career as a member of the Swedish national team, taking home silver at the 2012 Summer Olympics and competing in multiple World and European championships. He won the EHF Champions League with HSV Hamburg in 2013.

He spent his youth career with IFK Trelleborg before making his senior debut with the club in 2007.

He was voted Sweden's Handballer of the Year for 2016.

He has been teammates with Kim Andersson at the Olympic Games.

Andreas Nilsson Is A Member Of