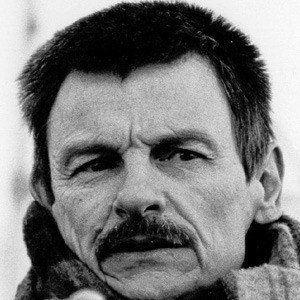 Acclaimed Russian poet and writer whose works include I am Goya, Russian-American Romance, and A Shallow Paradise. He received the USSR State Prize in 1978.

He graduated from The Moscow Architectural Institute in 1957 with a degree in engineering; however, his childhood love of poetry led him to his true vocation.

He had a main belt asteroid, 3723 Voznesenskij --discovered in 1976 by Nikolai Stepanovich Chernykh -- named after him.

He was outlived by his wife, Zoya Boguslavskaya.

Andrei Voznesensky Is A Member Of