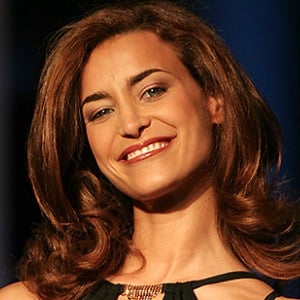 Portuguese actress and model who first found fame as a cast member on the 2003 series Saber Amar. Her star continued to rise with prominent roles in Baía das Mulheres, Morangos com Açúcar and Poderosas.

She studied communications and cultural sciences at Lusófona University in Lisbon.

She was a contestant in the Miss World competition in 1999.

She became a well-respected television actress throughout Portugal like Sílvia Rizzo.

Andreia Dinis Is A Member Of