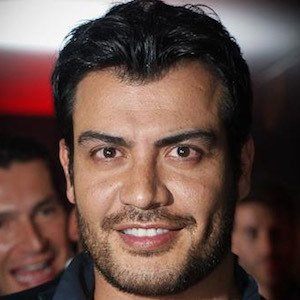 In 2010, he made his feature film debut in the romantic comedy Sucedió en un día.

Though he was born in Chile, he moved to Mexico at the age of two.

He supported Blanca Soto in the 2014 Telemundo series Señora Acero.

Andrés Palacios Is A Member Of